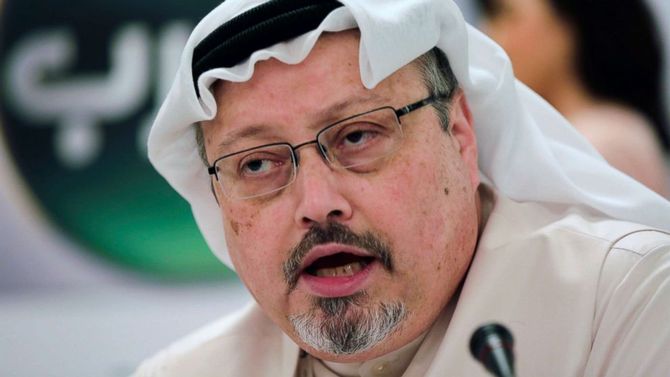 In an extraordinary statement, President Trump on Tuesday defended Saudi Arabia in the face of mounting pressure over the slaying of Washington Post columnist Jamal Khashoggi.

“Representatives of Saudi Arabia say that Jamal Khashoggi was an “enemy of the state” and a member of the Muslim Brotherhood, but my decision is in no way based on that – this is an unacceptable and horrible crime,” Trump said in his statement.

“King Salman and Crown Prince Mohammad bin Salman vigorously deny any knowledge of the planning or execution of the murder of Mr. Khashoggi,” Trump said in the statement.

He went on: “Our intelligence agencies continue to assess all information, but it could very well be that the Crown Prince had knowledge of this tragic event – maybe he did and maybe he didn’t!” 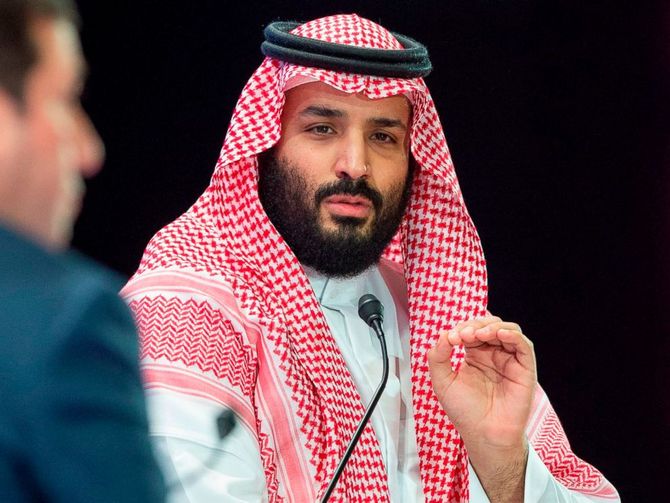 Bandar Al-Jaloud/AFP/Getty ImagesSaudi Crown Prince Mohammed bin Salman speaks during a joint session of the Future Investment Initiative (FII) conference in the capital Riyadh, Oct. 24, 2018. Interested in Jamal Khashoggi? Add Jamal Khashoggi as an interest to stay up to date on the latest Jamal Khashoggi news, video, and analysis from ABC News.

Trump issued the statement without referencing any conclusions in the latest CIA assessment on Khashoggi's murder, which he had said would be completed Tuesday.

The president has so far resisted calls for a stronger response to the Oct. 2 killing of Khashoggi in the Saudi consulate in Istanbul.

Trump made clear the U.S.-Saudi relationship is one he refuses to diminish. This, despite outrage among members of his own party on Capitol Hill, who have vowed to seek justice in Khashoggi's killing. 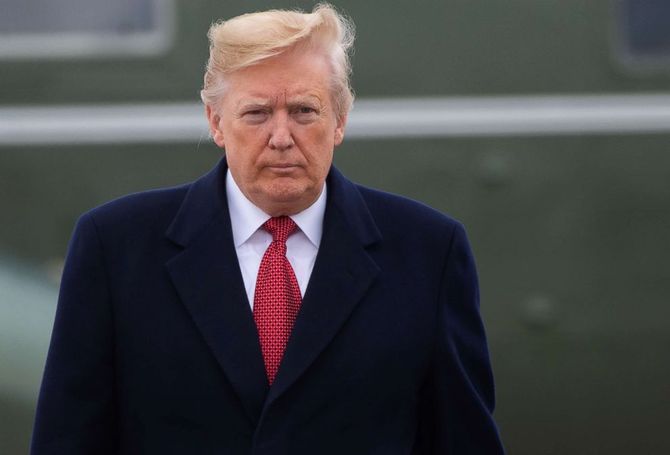 Saul Loeb/AFP/Getty ImagesPresident Donald Trump arrives to board Air Force One at Joint Base Andrews in Maryland, Nov. 9, 2018.

Secretary of State Mike Pompeo echoed the president's position at a briefing Tuesday.

"So it's a mean, nasty world out there," Pompeo said. "It is the president's obligation and indeed the State Department's duty as well to ensure we adopt policies that further America's national security."

He went on: "So as the president said today, the United States will continue to have a relationship with the kingdom of Saudi Arabia, they are an important partner of ours." 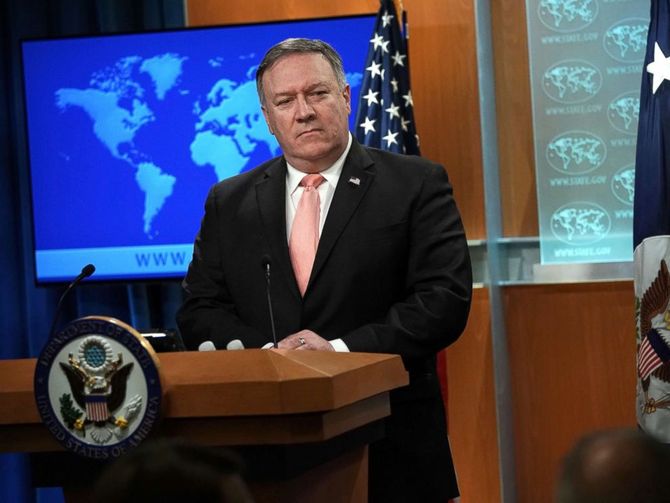 Alex Wong/Getty Images, FILESecretary of State Mike Pompeo speaks to members of the media in the briefing room of the State Department, Oct. 23, 2018, in Washington, DC.

“They’re an important ally, but when it comes to the Crown Prince, he’s irrational, he’s unhinged, and I think he’s done a lot of damage to the relationship between the United States and Saudi Arabia, and I have no intention of working with him ever again,” Sen. Lindsey Graham, R-S.C., said on ABC's "This Week" Sunday.

The Saudis have denied the crown prince ordered Khashoggi's killing.

“The United States intends to remain a steadfast partner of Saudi Arabia to ensure the interests of our country, Israel and all other partners in the region. It is our paramount goal to fully eliminate the threat of terrorism throughout the world!” Trump said in his statement.

Following the president's statement, Senate Democrats are now calling on the intelligence community to state publicly what it believes to have happened to Khashoggi.

"If they will not, I intend to offer legislation to require the IC [Intelligence Community] to release an unclassified public assessment of who ordered Mr. Khashoggi’s killing when the Senate returns next week," Sen. Richard Blumenthal, D-Conn., said in a statement.

Over the weekend, Trump said that the U.S. government would complete a "full report" on Khashoggi's death by Tuesday while denying reports that the CIA has concluded that Saudi Crown Prince Mohammed bin Salman ordered the killing.

"They haven’t accessed anything yet -- it’s too early,” Trump said. “That was a very premature report. But that’s possible. We’re gonna see.”

But a State Department official who has seen a version of the CIA's assessment on the murder of Saudi journalist Jamal Khashoggi told ABC News it's "blindingly obvious" that the crown prince, known as MBS, ordered Khashoggi's death.

"The idea that it goes all the way to the top is blindingly obvious," said the State Department official, speaking on the condition of anonymity.